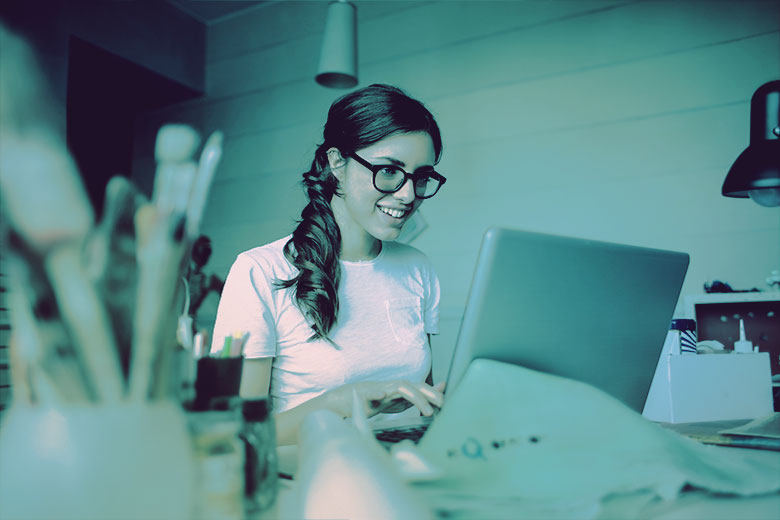 When it comes to using data in a presentation, there’s a fine line between compelling and overwhelming. The right data can transform your story, but treating your presentation like a data dump is a sure-fire way to turn off any audience.

This recent article pointed out how the folks at Apple have provided a blueprint to solving this problem. It works, it’s memorable, and it’s easy to adopt in any presentation.

Stick to one theme and one number per slide.

At Apple’s March Event 2019, Apple CEO Tim Cook introduced Apple News+. He began this part of his presentation with a short anecdote about Apple News’ success: “With over 5 billion articles read each month, Apple News is now the number one news app.” What appeared on the screen as Cook presented? In large font, you see “#1” with “News app” in smaller font just below. That’s it.

Similarly, in a previous event, when talking about the new release of Apple’s mobile operating system (iOS13), Cook said: "iOS has the highest customer satisfaction in the industry, with an incredible 97%." You can guess what was up on screen in large font: “97%.” And a sentence in smaller font beneath, “Customer satisfaction for iOS12.”

This one number per slide tactic forces a presenter to decide what numbers hold the most significance in driving home their main point. Tim Cook and Apple leadership study plenty of data they could have included about their products’ success. But anything else is auxiliary evidence to the main point that would have added clutter rather than intrigue.

How Flashcast makes it better for everyone else

Most speakers on the speaking circuit aren’t releasing cool new products like Apple, but the one number per slide works to get attention. When people aren’t wasting brain energy reading a long slide, they’re listening to you. So, picture if you were to take this hack even further -- what if the one number that appears on your slide is generated live by your audience?

With Flashcast, you can collect live audience predictions and generate one probabilistic outcome. Simply ask your audience a predictive question that’s pertinent to your presentation, and Flashcast will spit out an aggregate crowd prediction.

For example, if you were presenting technology trends at a conference, you could predict the likelihood of product release dates, sales, or other success metrics. You might ask: “Will Apple release a new iPhone this year?” The audience is asked to enter their individual probabilistic prediction (0-100% chance). As the predictions come in, they get aggregated on the spot, resulting in one probabilistic outcome you can share: “85% chance.”

The probabilistic outcome is updated live and visualized as a bar that expands and shrinks as new data comes in from the audience. This instant visualization adds an element of intrigue and energy that also serves as a cue to push the data point into their long-term memory.

Overall, while the Apple hack is a starting point for a great presentation, using Flashcast to generate a real-time data point, takes it to another level for the average (non-Apple) presenter. Incorporating live predictions allows you to create greater connection between you, your content, and the audience. It’s more personally engaging, and therefore a more lasting memory for your audience, who directly contributed to the number that drove your point home.

By Vanessa Pineda and Ben Schachter