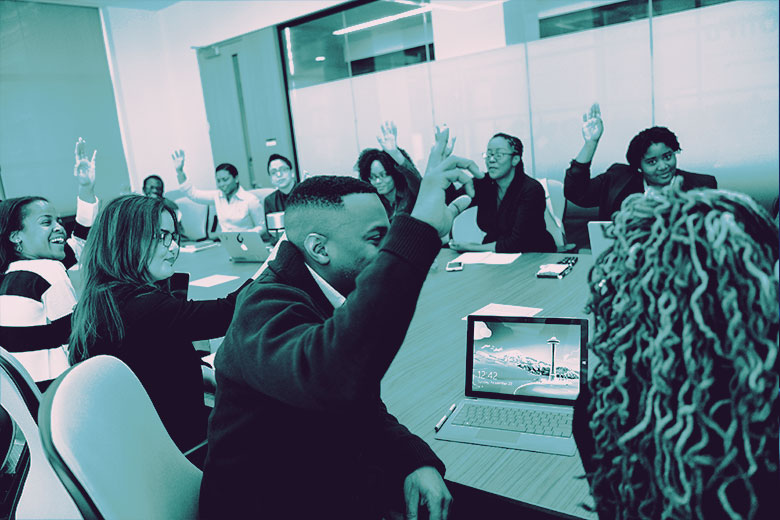 Collective intelligence is a quickly expanding field of research. When applied to problems like prediction, it has proven to be a powerful and reliable method where even amateurs can collectively be more accurate than experts. Given these results, it’s increasingly being applied across some of the world’s most influential organizations to drive better decision-making in highly strategic environments, such as government intelligence, healthcare, and financial services.

The U.S. Government’s Intelligence Community, for example, has been researching how to apply collective intelligence to crowdsource predictions through its advanced research agency, IARPA. IARPA has funded research studies on the topic for nearly a decade with projects such as ACE and HFC (supported by the same technology as Flashcast, built by Cultivate Labs).

What is collective intelligence?

Collective intelligence can loosely be defined as the knowledge that emerges collectively from a group, which is used to act more intelligently than can any one person, group, or computer.

The concept is used in computer science, sociology, and business, but higher education has been slow to practice collective intelligence in the classroom. Most college students (whether majoring in those fields or not) do not receive exposure to its application.

Why should this matter to professors, especially those not teaching STEM?

Knowing how to collect and synthesize data from intersecting sources as encompassed in collective intelligence is increasingly a critical skill for operating in a modern office workplace where analytics and working with data are the norm. Making the concept more mainstream in the classroom will both equip students for the day it becomes common practice in the workplace, and helps improve critical thinking skills in general.

Building the experience for the classroom

Integrating collective intelligence into lectures can start with students being exposed to the concept at its most basic level by demonstrating the “wisdom of the crowd.” Many professors we know use a jar of jelly beans as their very first example: asking students to guess the number of beans in the jar, and averaging their answers in comparison to any individual’s answer. More likely than not, the average will be more accurate than any individual answer.

Once you’re ready to move beyond jelly beans, you can use Flashcast: the first app designed for the classroom that helps professors capture collective intelligence.

Flashcast allows you to crowdsource opinions in the form of probabilistic predictions (0-100% chance) on any question that has a verifiable outcome. Once you pose your question, predictions submitted on students’ phones or laptops are aggregated in real-time to generate a consensus prediction. Students are immediately able to compare the prediction they submitted to the consensus prediction of the class, and begin to understand how the collective can differ from their own judgment.

Let’s say you’re a comparative politics professor. You’ve been lecturing about different types of governments, and there is an upcoming parliamentary election in a country of interest. This becomes an opportunity for students to predict how a coalition might form using Flashcast, and spark conversation about the results.

Example Flashcast: Will the X-Y coalition win a majority of the seats in Country Z’s Parliamentary elections?

But it’s not just getting to a consensus prediction. There are several critical thinking concepts that can be discussed:

With Flashcast you can also go “judge” the question once the answer is known. So when the election is over, you can declare a winner and students will see how their answer compared to the final outcome, and how the class consensus compared, which of course introduces an entirely new line of discussion!

Visionary educators make it a responsibility to expose students to practices and relevant skills needed for the future. Flashcast isn’t a gimmicky engagement app for the classroom, it’s a simple way to experience the result of decades worth of research that points to the power of collective intelligence that their future places of employment are beginning to leverage every day.